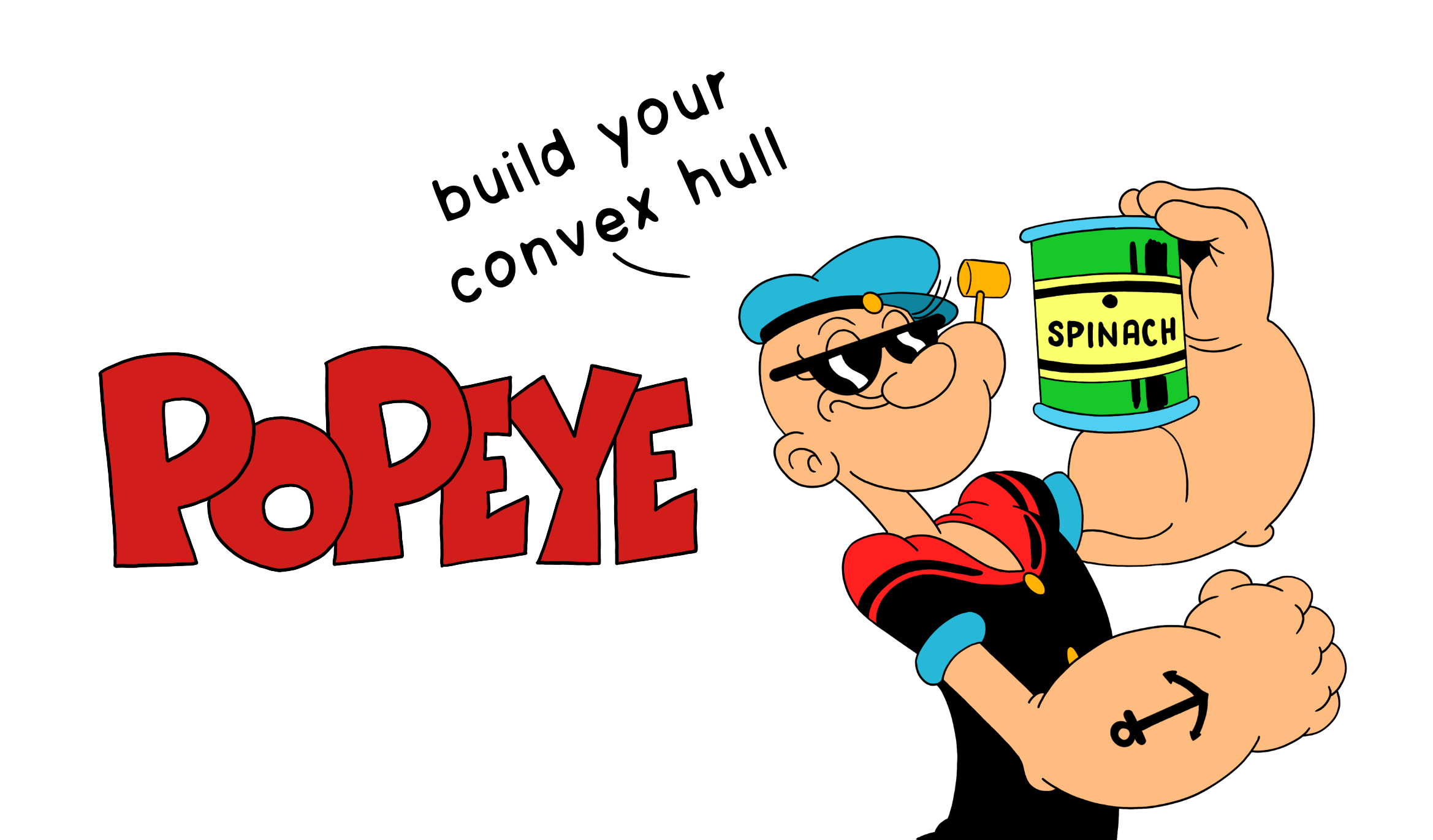 Eat Spinach and Build your Convex Hull — Popeye the Sailor.

Typically, convex hulls computed by the floating-point implementation may leave out some of the extreme points, compute non-convex polygons, or the algorithm may run forever.

An Convex Hull incremental algorithm maintains the current convex hull (CH) of the points seen so far. Initially, a convex hull is formed by choosing three non-collinear points in S. It then considers the remaining points one-by-one. When considering a point r, it first determines whether r is outside the current convex hull polygon. If not, r is discarded. Otherwise, the convex hull is updated by forming the tangents from r to CH. The algorithm maintains the current hull as a circular list L = (v0, v1,. . .,vk−1) of its extreme points in counter-clockwise order, where line segments (vi, vi+1) are the edges of the current hull.

An instance of violating the correctness properties of the algorithm. Consider a sequence: p1, p2, p3, . . . of points such that the first three points form a counter-clockwise triangle, and the insertion of some later point leads to a violation of a correctness property (because of floating-point). The examples that resulted in a violation always involve nearly or truly collinear points; to be clear, sufficiently non-collinear points did not cause any problems. Although this may seem that the examples are unrealistic, it mostly depends on the requirement of tolerable rounding errors as point sets may contain nearly collinear points or truly collinear points, which become nearly collinear by conversion to floating-point representation.

The orientation of the triple (p, q, r) is defined by:

However, for floating-point arithmetic, because of the possible round-off errors, there are three ways in which the result of float_orient could differ from the correct orientation:

float_orient, in other words, triple points are classified as left-turns, right-turns, or collinear. 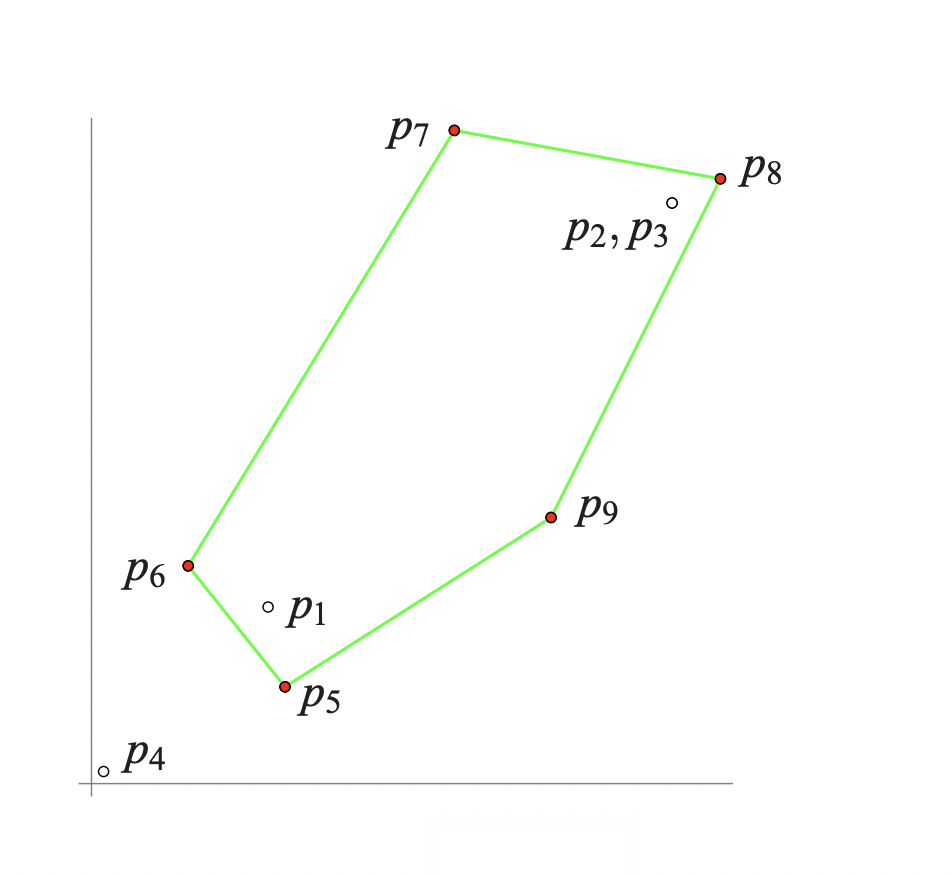 The first four points lie almost on the line: y = x, and float_orient shows the above results. As indicated by (??), the last evaluation is wrong. Geometrically, these evaluations mean that p4 sees no edge of the triangle (p1, p2, p3). The points p5, . . . , p9 are then correctly identified as extreme points and are added to the hull. However, the algorithm never recovers from the error made when considering p4 and the result of the computation differs drastically from the correct hull.

Take a counterclockwise triangle (Initially) and choose the fourth point inside the triangle but very close to one of the edges. There is the chance of sign reversal. For example, consider the set of points:

The convex hull is correctly initialized to (p1, p2, p3). The point p4 is inside the current convex hull, but the algorithm incorrectly believes that p4 can see the edge (p1, p2) and hence changes the hull to (p1, p4, p2, p3), a slightly non-convex polygon.

Failure 3: A point outside the current hull sees all edges of the convex hull

The first three points form a counterclockwise oriented triangle, and according to float_orient, the algorithm believes that p4 can see all edges of the triangle.

Failure 4: A point outside the current hull sees a non-contiguous set of edges

Inserting the first three points, followed by the fourth point p4 results in the convex quadrilateral (p1, p4, p3, p2), which is correct. The last point, p5, sees only the edge (p3, p2) and none of the other three. However, float_orient makes p5 see also the edge (p1, p4). The subsequences of visible and invisible edges are not contiguous. Since the falsely classified edge (p1, p4) comes first, the algorithm inserts p5 at this edge, removes no other vertex, and returns a polygon that has self-intersections.

As illustrated above, algorithms can fail because of rounding errors, taking an example of a convex hull algorithm implemented with floating-point arithmetic naively.

As always, the reference to the C++ code, with variants of convex algorithms that fail because of rounding errors and how to prevent it can be found here: https://github.com/addu390/rounding-errors

As an extension, consider trying the CGAL library by using the exact float (MP_Float).

Lastly, the post summarizes [1] and [2]. Which I came across while developing CSCI 6105 lab instructions as a Teaching Assistant. 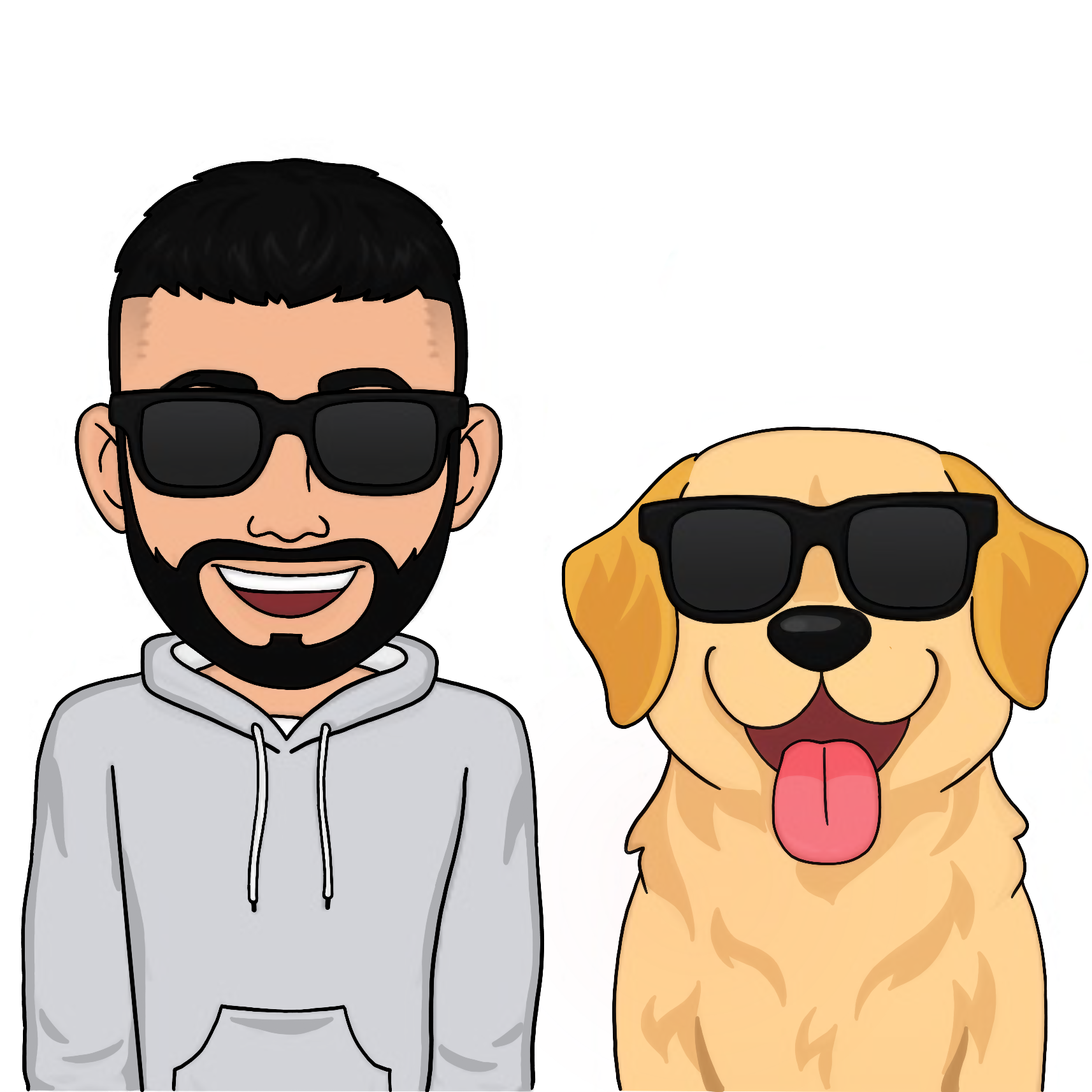